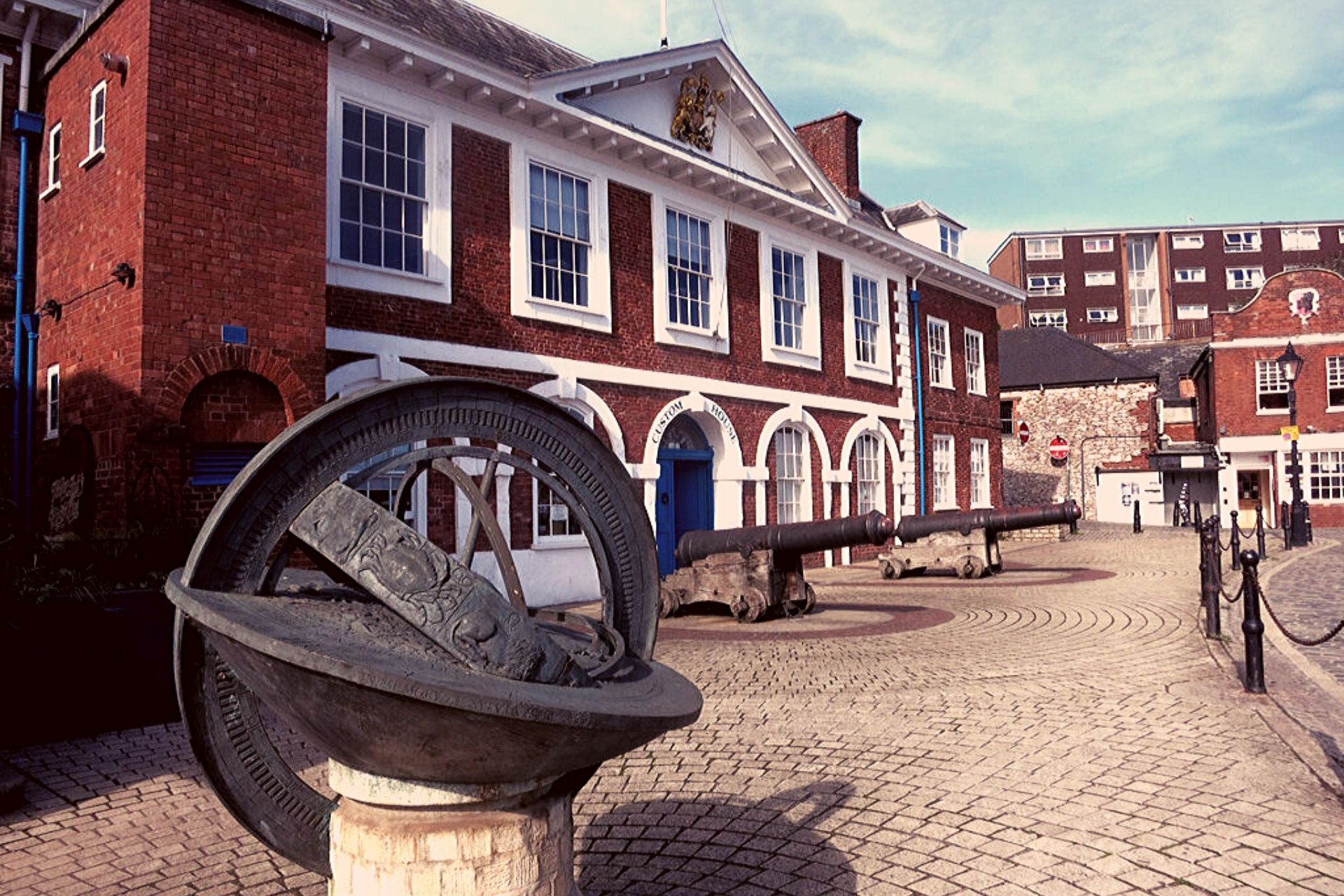 I spent some of last Friday at Exe-Lit, the Exeter Literary festival. Now in its second year, every session I got to was worth it. And, wonderfully, I could nip into them rather than feeling like I had to cram as many as possible into a day.

I was sad that the morning exploring the worlds of Sherlock Holmes was cancelled. Having contributed to the huge non-canonical shared universe with my story set on the Necropolis Railway, I’d been looking forward to a morning with other modern Watsons. (It did free me up for a meet-up at Exeter Central Library though, which remains one of my favourite places in the city.)

The workshop on short story markets and how to set up your stall in them was held in the Custom House on the quay. This is a wonderful old building from back when the bonded warehouses traded in goods, not services, and the river was lined with cargo boats not canoes. Angie Wooldridge was great, and a good advocate for the traditional weeklies. I’d reviewed my current stash of short story stubs earlier in the week, so I came out of the room with several new ideas.

After a quick look at the Windrush stories exhibit, I went back in the main room for the writers hub. Having been off the circuit for a long while, simply talking to other creative writers was a delight. The Exeter writers group hosted it, complete with snacks. I had to run before things really got cracking, dashing back over the river to the school gates.

Earlier in the week, Exeter was designated as a city of literature as UNESCO announced 66 new members of their Creative Cities Network. It’s easy to think of Exeter as a little city, and to forget some of the fantastic literary aspects we have. There’s my beloved Exeter Central, of course, but also the Hypatia collection up at the university, and other subscription libraries lurking behind red stone walls.

Last year I was frustrated that I had to drop out of seeing Stella Duffy talk about crime at the Exe-Lit weekend, due to a family emergency. This year, I again missed the big hitters on the weekend due to family stuff. However, going to the smaller Friday daytime sessions was a great way of sneaking back into the creative writing business.