There and back again: how solo travel can clear the mind 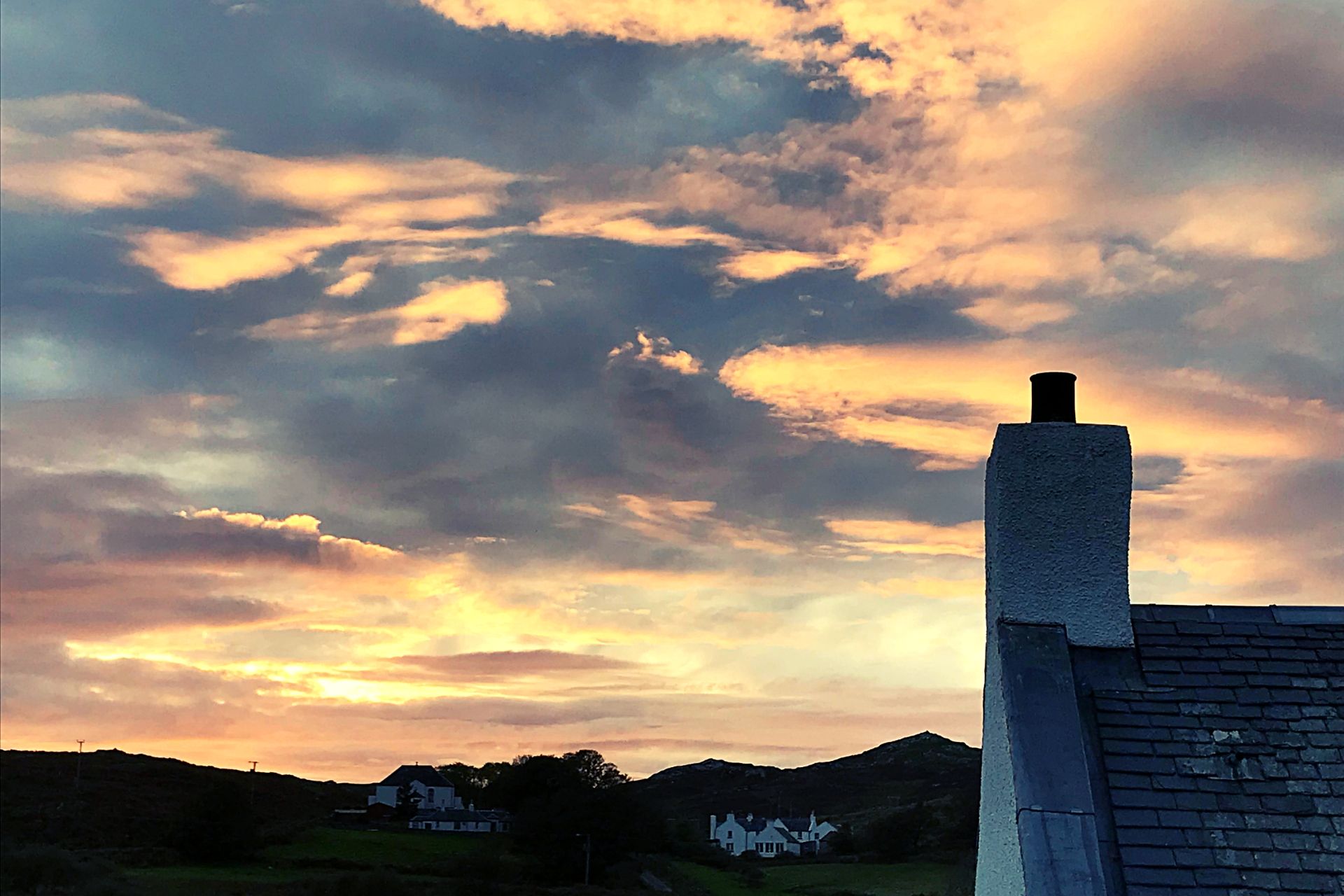 One of my ambitions for going freelance is regaining my creativity. I’m trying to get a balance between fiction, non-fiction and adviser work. To do that, I needed to rebalance my thinking so I booked myself some solo travel.

I’ll cover how to make the most of a week’s retreat in a future post: this is about the benefits of taking a long journey by public transport. Whilst I find this kind of journey there and back again therapeutic, I am aware that I am in a position where I can afford it, can travel very light and have a support system that lets me do it.

I knew I could get from Devon to Scotland in a day by train. I wanted an island, too, to make getting back exceptionally hard. I started by asking family and friends for recommendations of islands that a) were small enough to not need a car b) were large enough to have a general store. From those, I checked accommodation sites, Scotrail and Calmac to work out islands I could reach within two days. The Isle of Colonsay has bumps, a bookshop, a coffee shop and two gin distilleries so I booked a cottage and headed off.

Long train rides were part of the plan from the off. Even now, with free wifi and downloadable podcasts on your phone, they create a little bubble that feels outside time. It’s not that different to when I used to jump on a long distance train with my walkman and a novel. This time I had podcasts, one novel, one non-fiction book, my knitting and the current issue of Mslexia. So the eight or so hours to Glasgow – a full working day – got broken into 40 minute sessions focusing on each thing. Or staring out of the window (once I swapped to a seat with a view). You have the room to reflect on what you’re absorbing if you’re alone.

The next day, the train to Oban was another three hours, which I mostly spent with podcasts as I was also checking out the views of the Trussocks including Loch Lomand and Loch Awe. This was a wise move as the train back a week later was after dark. I wandered Oban to find a vegan-friendly cafe, The Little Potting Shed, then caught the CalMac ferry. Colonsay is small enough that someone waits for the ferry and gives any visitors a guide booklet when they arrive.

I pick places to rent that are close to the nearest shop/pub. This is partially because I’m a townie who needs some kind of signs of human habitation. It’s mostly for more practical reasons as a lone woman traveller.

On Colonsay I knew I could walk to the pantry, the hotel bar, and the general store so I could pop out to get things if needed. If I’d been in a more remote cottage, there would have been no impulse buys of peppermint creams. I also knew that if I had walked a long way and wanted to head back, there was a higher chance of a lift as most people drove through or near Scalasaig. Whereas a thumb out to a remote cottage would have been a bigger ask.

There were no road markings, no street lights, no traffic signs. Almost no traffic. On the Monday, there was a very low tide so every visitor headed to the strand to reach the neighbouring island of Oransay. It can only be reached on foot using a sand causeway. You follow the track marks of the post van or farm trailers that are allowed to cross. I was not the only solo traveller on the isle, and I noticed – and appreciated – that the others respected my solitude as I respected theirs. We talked, we shared information, but we didn’t join up and journey together.

Because there’s no traffic, you can walk for miles without hearing anything but animals, the wind, the sea and your thoughts. And that’s what I was after. By the end of the week I had to keep some toes taped up (wet boots from the causeway that then rubbed). I also had: six short story stubs; a completed short submitted; more ideas in my notebook; an additional few thousand words of a novel; a non-fiction commission. And a clear head.

If Orwell had wifi on neighbouring Jura I’m pretty sure we’d still have Nineteen-Eighty-Four. The cottage had wifi. On the first day I climbed up to Carnan Eoin and encountered a man fixing the aerials that mean there is 4G signal almost everywhere. That was especially useful after I lost my photocopied OS map of the island and needed googlemaps to help me orientate myself!

I was posting on Instagram, and looking at #Colonsay. That meant I had a vague idea who some of the other visitors were if they were also posting. I stopped in The Old Waiting Room Gallery and met Sarah, after we’d liked each others’ images. Her farm produces wool and she’ heard of the little wool shop I use in Exeter.

What I noticed over the course of the week was my interest in hitting refresh on various sites declined. I was focusing on sorting my head out, so I didn’t need newsfeeds bringing me low level anxiety. I’ve still not mastered switching off, but I am doing better. I’ve restored my reading habit, and kept it up after getting home.

How to get to the quiet places

You don’t need to go as far as I did to find solitude using public transport.

If you live in Devon, you can:

If you do want to go further afield, or are based elsewhere, a good start for solo travel is picking a mainline city a long way from your hometown. Then look into what quiet places are reachable from them. For example, you can get to Loch Lomand by train from Glasgow.

You can break your journey in the big city, maybe get 30 minutes in a museum, and then head out the next day. I found my breaks in Oban and Glasgow very useful to readjusting to noise on my way back. For the first couple of days after I got back to Devon, my family said I was talking far too quietly to be heard over the traffic.

The most useful thing, for me, is to accept the vagaries of public transport if on solo travel. Yes, the train might be late (there’s compensation for that) so you need to plan to arrive somewhere well before your connection. That might mean you drift around somewhere a bit, but that’s partially the point.

Instead of being driven, literally or figuratively, you’re going with the flow.